“One generation shall praise thy works to another, and shall declare thy mighty acts. “– (Psalm 145:4)

Have you ever been on a team? It could be any sports team or fine arts. Everyone on that team has a position. A certain individual responsibility to the team and the position. In my short athletic experience (high school) I watched offensive linemen during practice that could throw and catch like they were our starting receivers and quarterbacks. These guys could be quarterbacks or receivers but, these guys were responsible for holding the line. They were responsible for creating a hedge of protection around the one that was selected. They were in charge of protecting the quarterback so the quarterback could have those precious moments to get rid of the football in hopes of scoring and winning the game before being stopped by an angry defense.
Likewise, the church has people that are vital. These men and women are designed and custom fitted to handle their positions. Some work in the foreground and others three in the background; all will be seen by almighty God. All will have the King’s attention. Think about that for a moment.
We captivate our heavenly Father when we serve our brothers and sisters to which He calls us His family. When we share what Jesus has done in our lives or even share with someone the saving knowledge of Christ. Jesus stands at the right hand of the father as your number one fan. 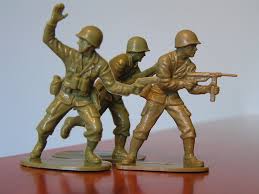 I beleve God is seeking out the Point Man. Men who regardless of the opposition choose to go directly into the enemy’s strongholds searching to neutralize enemy threats and bring hope to the imprisoned. Who are the ones locked up? It’s our children.
Our children are the ones who suffer from our misguidance. This includes us (me included) who are home but not connected. Of course we can justify why we work long hours and how we are not home regularly although it is when we arrive in the driveway and that moment from the engine shutting off and you getting out of the vehicle can seem like an eternity. Don’t check out of the best years of your life parent. I implore you to know your children. Invest into your children even grandchildren.
“Children born to a young man are like sharp arrows in a warrior’s hands.” – (Psalms 127:4)
Growing up during the 80’s I was an A-team fan however, I watched a few episodes of MacGyver. Where the main character of the story was industrious. He could whip up something out of menial items. MacGyver had a knack of making things work; to the natural eye it was a paperclip, but to MacGyver? It was a weapon of mass destruction. I am not saying our children are objects. In the hands of God seeking warriors, our children can be weapons against the enemy of this dark world who is desperate to steal their God given rights.
We as fathers literally guide our children to their God given destination. It takes patience. I have a son and for now I am taller than him. There will come a time where he will be taller than me. I point to him as the future of our family’s legacy. He points to me as his example of living it out. Where are you directing your children?

I was a young man who worked for a great organization "Forged by the Sea." Now I'm an old head kicking back on the east side; where the sun doesn't set. I'm a man who is pursuing his contributions to the world. I'm not perfect. In fact, a work in progress until Jesus takes me home. Philippians 1:6
View all posts by escalanteministries.com »

What are your thoughts? Cancel reply

This site uses Akismet to reduce spam. Learn how your comment data is processed.